Panic has caused the online "protest" of an American tourist for the large check he called to pay at a restaurant in Mykonos. The "protest" was published in Trip Advisor

Panic has caused the online “protest” of an American tourist for the large check he called to pay at a restaurant in Mykonos. The “protest” was published in Trip Advisor, while the news was reproduced by almost all Greek media, mistakenly targeting the restaurant, having almost arbitrarily and without the necessary facts, took a “role” of a judge and immediately set labels on the subject with hasty conclusions.

PASKEDI contacted the restaurant in Mykonos in order to gather from the source all the information about the case that maliciously ran… to inflate the media across Greece. As it turns out, it was not some “poor” tourist who went to eat at the glamour restaurant nearby the waves, but a group of nine (9) tourists, leaving them out of 90€ each one of them. If they wanted, they could have a meal 200 meters above the coast with 15€. It would be good for the media, when they start such reports, to ask the Municipality or the Port Authority how much the m2 of coasts is charged to businessmen.

The background of the case with all the evidence

More specifically, as the owner of the restaurant, the American tourist actually ate in the restaurant (on 18/5/2019), paying the sum of 836 €. He paid with VISA and, as expected, he received a valid receipt and left without any complaint, nor of course made a complaint to the Mykonos Police Department on that day.

According to the restaurant owners, the American tourist was persuaded to comment negatively on the Trip Advisor following a suggestion by a competing business that indicated the amount was too expensive for the product.

SDOE did not find anything

On the 24th of May and after the matter with the tourist was published everywhere, defrauding the restaurant completely, an audit by Special Secretariat for Financial and Economic Crime Unit showed no fault at all since the evidence and the documents were all correct, legal and valid. Among them, of course, and the proof of 836 € of the particular American tourist.

In fact, SDOE auditors also found the bailiff’s receipt of the out-of-court complaint to the neighbouring company, which allegedly started the entire defamation chain for the restaurant.

Immediate restoration of the truth

The appeal of the restaurant owner, as expected, remains the designation of the truth of what has happened. In these difficult economic times, with the focus of trying to keep up the bar especially during the tourist season, it is completely unworthy to bombard a business that works completely legally with lies and slander… just for clickbait. In any case, both the facts themselves and the evidence do not leave any dark sign.

PASKEDI incites the media that reproduced the news, to study the details of the story carefully and to proceed to the restoration of the truth. 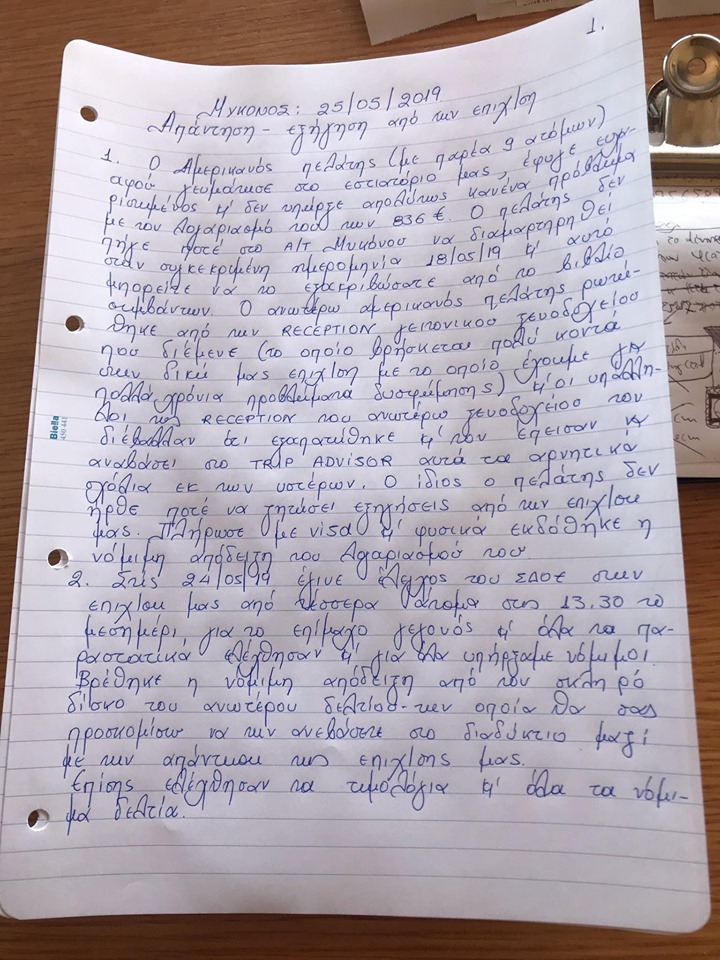 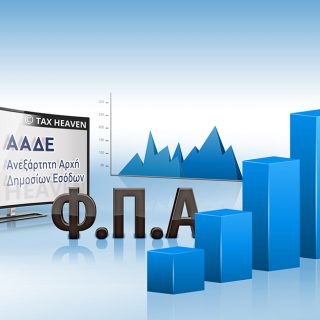 © Copyright by PASKKEDI 2020. All rights reserved.